Wherever you go in Greece, 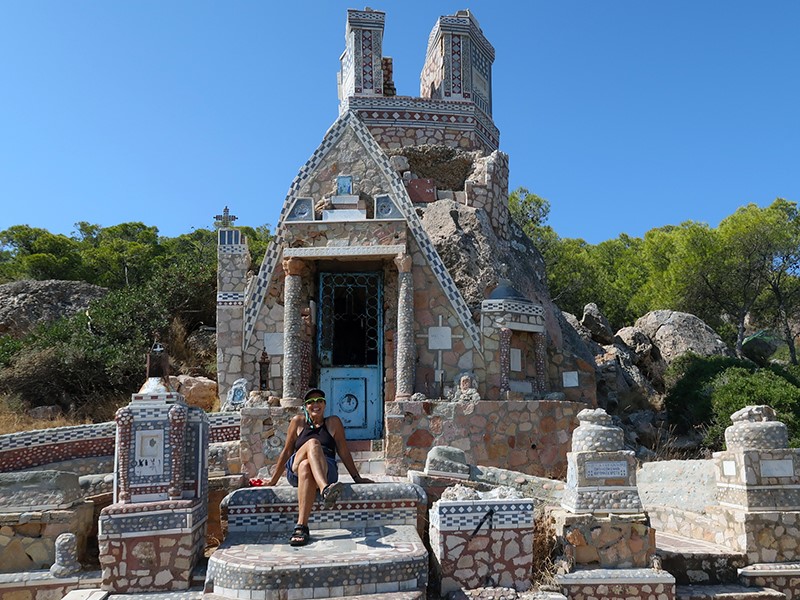 you encounter history.  One time I was cycling south of Corinth and came upon, with delight, an overlooked Temple of Hercules.   Another time biking off road deep in the Arcadia Mountai 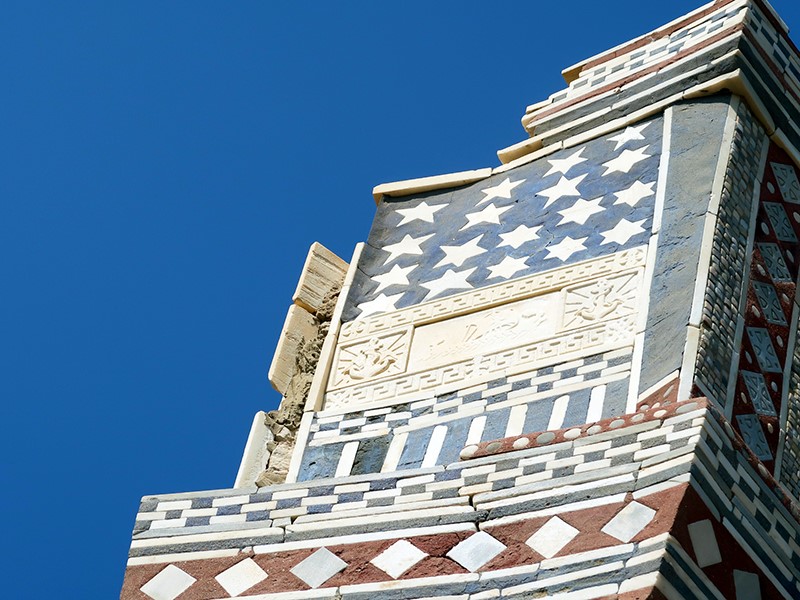 ns of the Peloponnese, I stumbled upon domed tombs whose sign eerily identified the site as “Oracle of Death.”

Apart from ancient ruins, there are many other unheralded historical sites that won’t ever make a Fodors guidebook.   One such site is from contemporary times, constructed not quite a century ago.    Mary, our company photographer, somehow learned about the St. Nicholas Chapel and one Saturday we set out on our bikes to find it.

Following the coastal Poseidon Avenue highway, we pedaled about 15 kilometers south-eastward from Athens to the Vouliagmeni area following the sea coast.   Behind the Mikro Kavouri marina we biked until we came to a dead end in the road.  We followed a short unmarked path and came to the tiny Agio Nikolaos chapel (Agio means saint).  The chapel is not visible from the road.  Even though it sits openly on a stretch of rocky beach, one can perhaps say the chapel is hidden because you will not see it unless you swim or sail in front of it.

The chapel startled me as it came into view along the path because I thought I was looking at the American flag!   The top part of the chapel is a 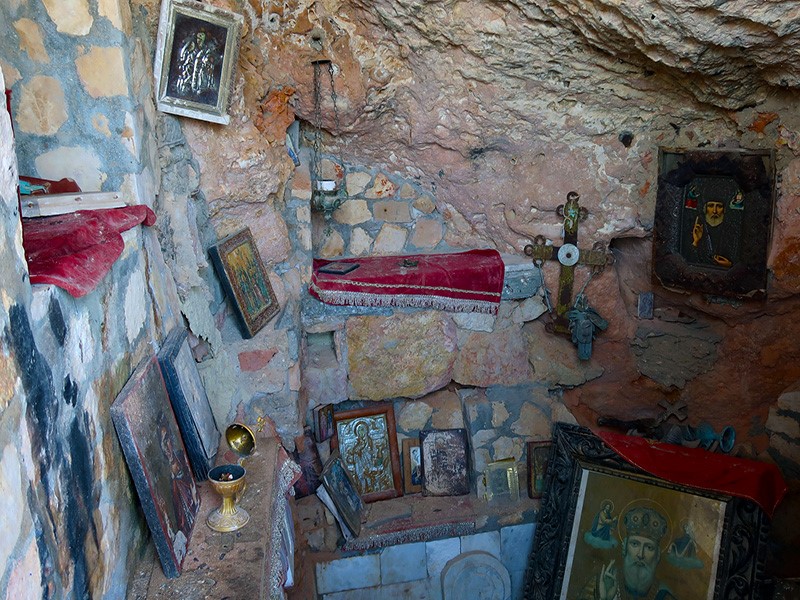 mosaic of blue and red stars and stripes.    It is quite quirky looking especially for a religious structure. 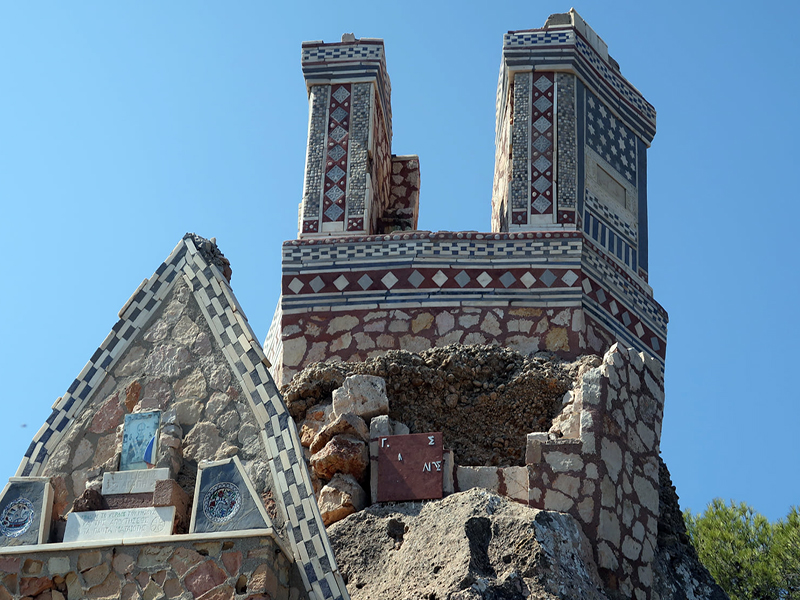 The outside of the chapel is a big rock adorned with mosaics of stone, pebbles and marble.  The chapel itself is situated inside the big rock that you could enter, except there is a locked gate.  We peeked inside to see icons and candles.   In its own humble way, the chapel is a magnificent iconostasis.  Technically, Iconostasi is a “wall” of icons in Eastern Orthodox churches.  The term is also used to describe all those tiny roadside memorials to accident victims.

The story of the chapel’s construction is a legend among the locals.  Nikos Xenos was a fisherman and a painter and also a very religious man who dreamed to build a church right on the rocks.  Little by little he did build that church hauling a 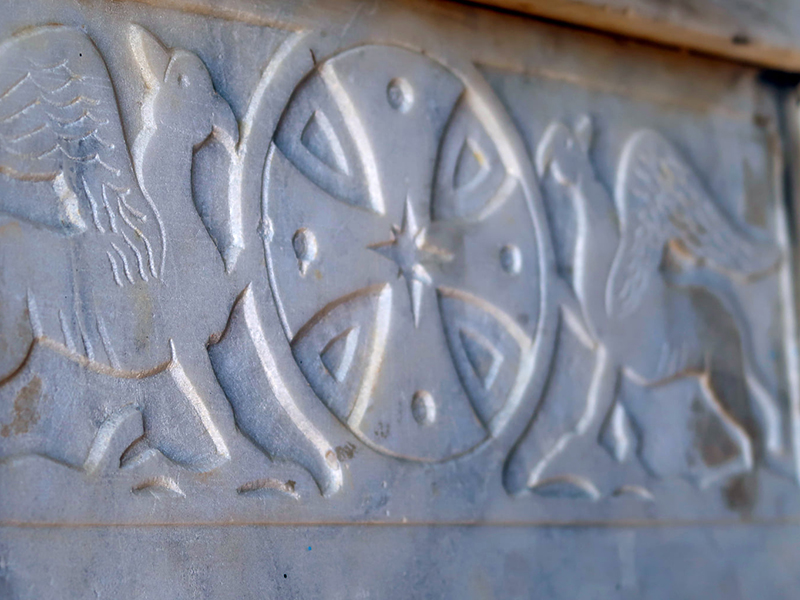 ll his equipment and tools by boat since in those days, around 1947, there as not even a road.    One is impressed with the originality of his creation, the striking color scheme, the architecture, the patience he must have employed to make the mosaics and marble wall sculptures. 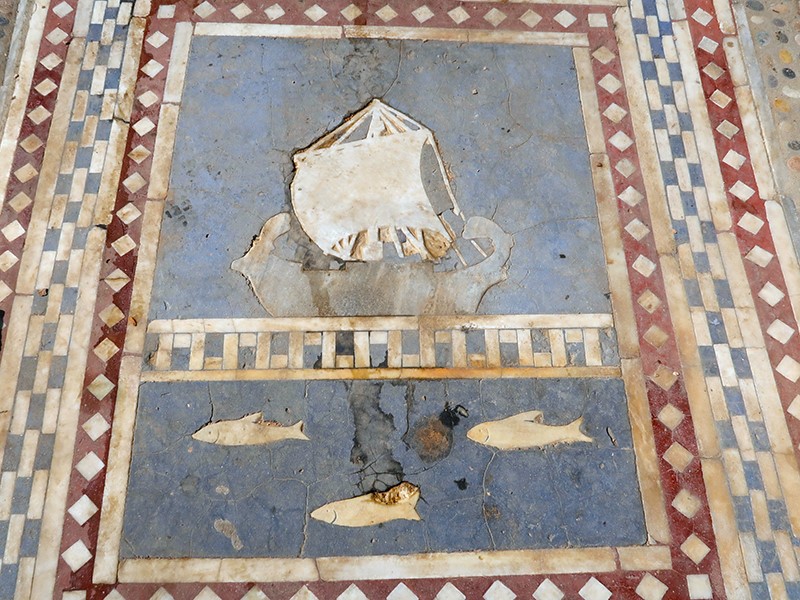 It seems that it took Nikos Xenos many years to construct the chapel because multiple generations of Vouliagmeni residents remember this unusual fisherman/painter who worked incessantly on his beloved project.    Although the chapel was never accepted and approved by a religious authority, he still named it Saint Nikolaos, the protector of sailors, fishermen,  pilgrims and travelers.