Ares: This god of war is bloodthirsty and always spoiling for a fight. Don’t cross this guy. You may live to regret it.

Artemis: An eternal virgin, this schizophrenic goddess considers all animals sacred but adores the hunt. Figure that one out! 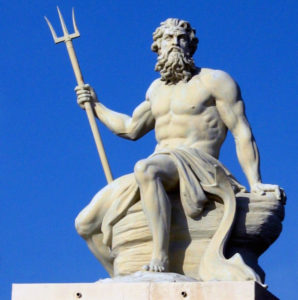 Athena: No growing pains or teenage angst for this warrior woman. She emerged in full battle gear, fully grown, from the forehead of her father Zeus. The city of Athens is named for her.

Aphrodite: Care for some chocolate with those oysters? This love goddess is the sly vixen behind the word “aphrodisiac”.

Hades: After his father Cronus was overthrown Hades drew lots with his two brothers Poseidon and Zeus. Zeus won the sky and Poseidon the sea. Hades moped because he was stuck with being made god of the underworld, ruler of the dead. Feeling put out, he unceremoniously abducted Persephone, and made her his wife.

Hephaestus: What’s worse than being both ugly and physically misshapen? Answer: nothing. This god spends all his time in heat at the forge, making armor, out of sight.

Hera: Zeus’ sister and wife. Zeus, being the sly dog he is, pretended to be a bird so that he could get up close and personal with her. As soon as he got her where he wanted her he morphed back into his real form and raped her. She married him to cover her shame. 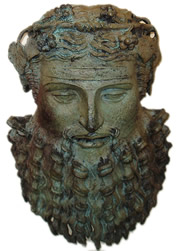 Hermes: This messenger for Zeus is fast because he got the idea to attach wings to both his hat and his shoes. His magic wand probably helps out as well as he races to and fro in his gopher duties for Zeus.

Hestia: This sister of Zeus personifies the “good girl”, the guardian of the house. Visit her home and she’ll be sure to offer you a slice of freshly baked baklava.

Poseidon: This sometimes petulant god of the sea caused the undersea quake that capsized the SS Poseidon off the coast of Crete and, forced Gene Hackman to become a preacher hero in that corny adventure movie.

Zeus: The leader. Married to Hera but constantly on the prowl. He doesn’t care for liars even though he used the injured bird con on his sister Hera.