The word “music” is a Greek word (mousiki μουσική) and is associated with the Muses, daughters of Zeus. In Ancient Greece music played a significant role during religious rituals, the theater, sport competitions, war and at the symposium. The images of musical instruments such as lyre, pan flute and harp are found in the remarkable orange and black ancient vases, mosaics and marble sculptures. 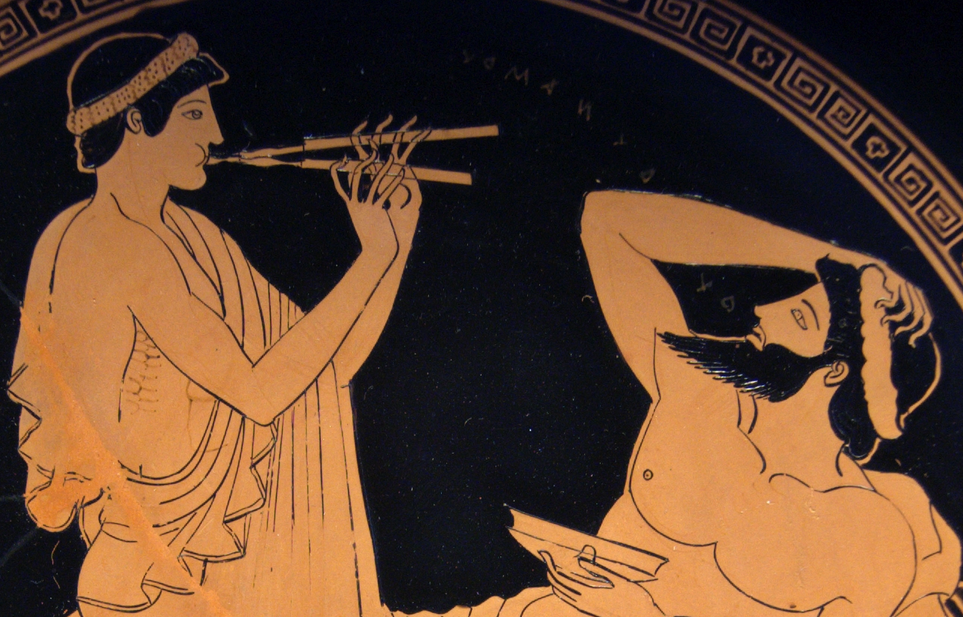 philosophized while reclined on couches. The only women permitted were high class prostitutes (the hetairai) trained in music (especially the aulos or flute), dance, gymnastics and high culture.

Greek music has survived through the centuries the way language does. Each region of Greece has developed their own identity in music, song and dance steps so that its culture is often completely unfamiliar to Greeks outside that region. As an example, listen to the hypnotic Sounds of Epirus to hear truly deep music from the soul (scroll down and click on the four left side audio links.) 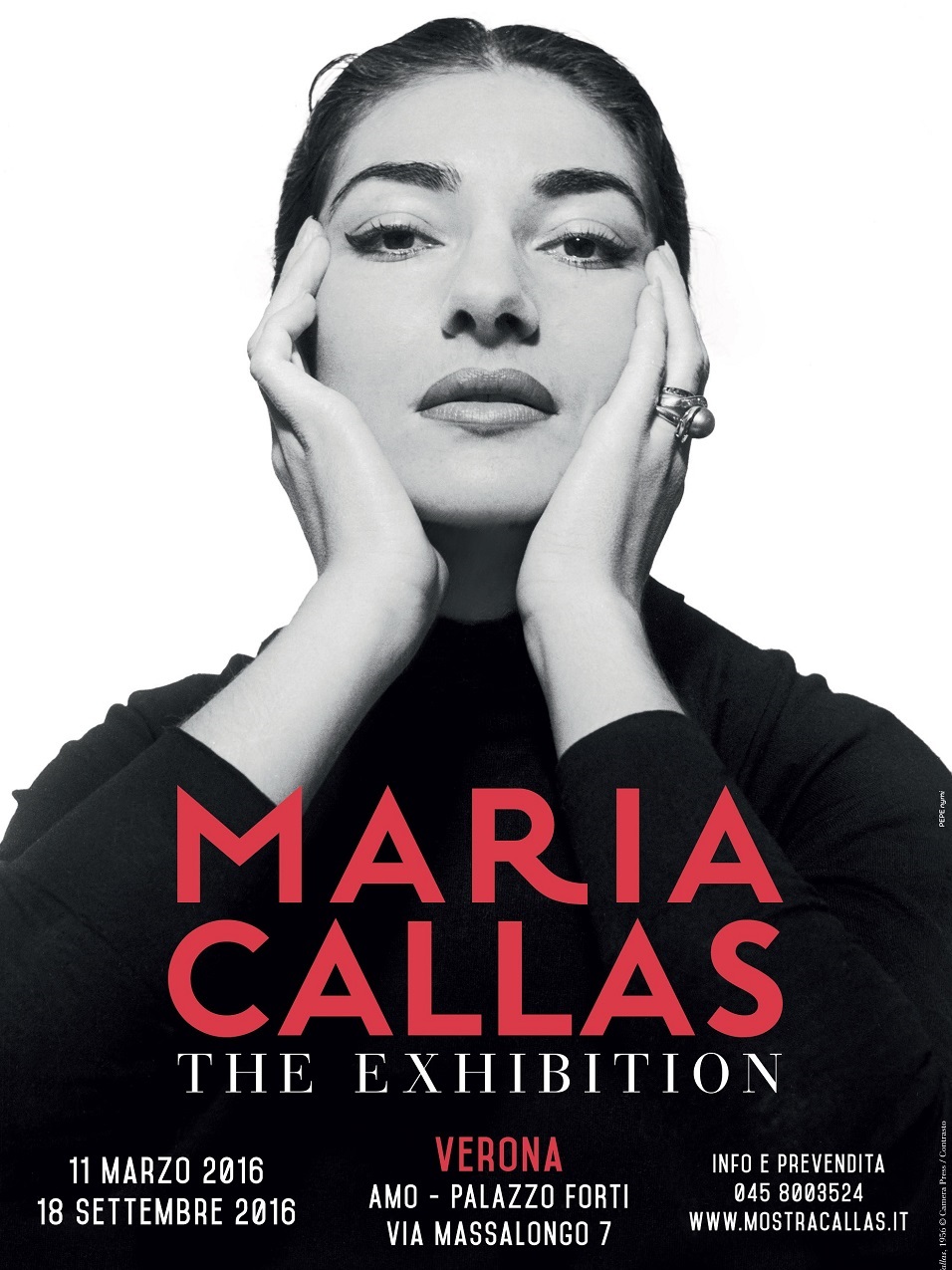 Modern Greece has a rich musical culture featuring such world class talents as the opera singer Maria Callas, the composer Manos Hadzidakis who won an Oscar for best original song for the film Never on Sunday, Mikis Theodorakis the celebrated song writer scoring the music for the film Zorba the Greek and the popular and beloved Greek singer Nana Mouskouri.

When in Athens, it is highly recommended to drop by the Museum of Greek Folk Musical Instruments which has a marvelous array of traditional instruments and videos showing local musicians performing. Also in Athens is the acclaimed Dora Stratou Dance Theatre with daily performances in its 800-seat outdoor theatre. South of Herakleion in Houdetsi is Labyrinth, a brilliant center where traditional music is performed and traditional musical instruments are made. West of Herakleion is Arolithos a recreated “traditional Cretan village” where performances of exquisite Cretan dancing can be seen live (see first video below).

Below are a few videos reflecting a very small portion of
Greece’s tremendous culture in music, song and dance.

For arousing your spirits, nothing matches Cretan music, song and dance in drama and intensity.  The complexity of Cretan music lies in part in its location as a crossroads between East and West; one can hear ancient, Byzantine, Venetian, Ottoman and Arab rhythms and influences.   Mantinades are the most famous type of Cretan songs.  Each line has fifteen syllables and the pair rhyme with themes revolving around love.  Improvising music and creating mantinades lyrics on the spot deepen a listener’s experience.   Cretan dancing is an art form that brings new meaning to energetic ecstasy.   It has been described as warlike!  Many dances are for men only.  Penozales is Crete’s signature dance, a half circle with your arms on your neighbor’s shoulders.

The word for islands in Greek is nisiá and nisiotika is music from the Greek islands, but specifically from the central Aegean Sea region encompassing the island groups of the Cyclades, the Dodecanese and the Sporades.    Nisiotika rhythms are gentle and the words to the songs are warm and playful, not woeful or strident.  This has endeared Nisiotika to Greeks  everywhere.  However, the Aegean Sea islanders have a certain idiom and dialect so ultimately it is the locals of each island who truly manage to grasp the meaning of each song, its sentimentality, hopes and fears.  The video here was taken on Syros, the capital of the Cyclades, where the teacher Iosif Printez is playing the goatskin bagpipe with his students.

The word dance in Greek is xoros or choros, from which derive the English words choreography, chorus and choir.  Given that Greek dance goes back to pre-history, it is no wonder that today there are over 10,000 traditional Greek dances.  Each region has its own distinctive steps and costumes but there are also pan-Hellenic dances claimed by all countrymen, such as, sirtaki, syrtos, kalamatianos and pyrrhichios.  Greeks dance at celebrations like weddings, baptisms, the grape and olive harvest and name days, but they also dance for no reason in particular – just a spontaneous burst of kefi (spirit).   Famous ritual dances are the Thracian fire walkers’ dances (Anastenaria) and the bride’s dance circling around a table three times.

A busker is someone who entertains in a public space for donations.  People imagine Athens as a city overrun with cars. Yet, there are lots of car-free streets and pedestrian walkways for strolling and in these more quiet zones, Athenian buskers set up shop.   Most situate themselves in one spot waiting for an audience, but others, usually a four member band, hop from café to café.   The roaming bands tend to be Greek gypsies and they play popular music that anyone capable of tipping can relate to.   The solo musicians tend to play traditional music on traditional instruments, like accordions, flutes and dulcimers.   They make a photogenic site for tourists hoping to catch a glimpse of traditional Greece on the streets of Athens.

Rebetika (a/k/a rembetika) has no translation in English. Some call it “Greek blues” although it sounds nothing like American blues.  The comparison is because both sound melancholy and both were created by an underclass.  Rebetika flourished in Greek culture in 1922 when 1.3 million Greeks living for centuries in what is now western Turkey were forcibly removed to Greece and one-half million Turks living in Greece for centuries were forcibly relocated to Turkey.  Many Anatolian Greeks didn’t even speak Greek and felt alienated in the new land and resorted to drugs and petty crime and Rebetika was their music.  By the 1960s, Rebetika became lighter and livelier causing mainstream Greeks to patronize Rebetica nightclubs.