It’s not known who dubbed Evia’s megalithic stone structures “Dragon Houses” (Drago Spita). One is tempted to say a marketing wizard since the name alone lures adventure seekers to want to hop a ferry to Evia to come explore such unusual sounding sites. But that would be a wrong guess because these constructions acquired their interesting name centuries ago, perhaps millennia ago. 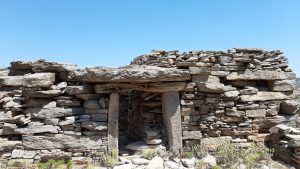 The Dragon Houses could have been built around the time of Stonehenge – 2000 to 3000 BC — or they could be contemporary to Gobekli Tepe, 11,000 years old. No one knows for sure. Like those sites, the Dragon Houses have no mortar or connective material. The megalithic stones are kept in place with lintels and jambs with a remarkable geometric harmony. 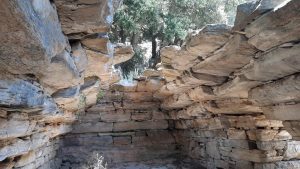 There are about two dozen Dragon Houses located in the southern region of Evia near Karystos. No one knows their purpose. Some say they were a sanctuary to Zeus or Hera. Others say they were warehouses for supplies. A recent scholar argues they were built for shepherds. None of these proposals are satisfactory when you ponder how did the ancients erect such colossal slabs over doorways and carefully lay the vaulted stone ceilings, all at such great heights. 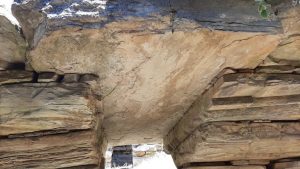 The largest and most famous Dragon House lies 1400 meters (1600 feet) high on Mt. Ochi. The hour-long hike on a dirt path starts at a grove of bewitching trees – see 15 second video. The higher you climb, the windier it gets until upon reaching the Dragon House you feel as if a mighty Greek god has flung you into the stratosphere – see 14 second video. The most striking feature of the Mt. Ochi Dragon House is the horizontal slab above the entry door. It is 4 meters long (13 feet), 2 meters wide, .30 meters thick and weighs 10 tons – see second video. 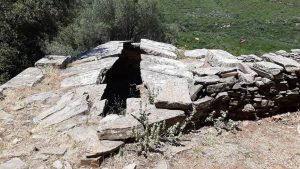 Right off the side of the road near Kapsala is a single Dragon House that is interesting because it seems to have been constructed in waves. There is the initial structure, then a second structure was built inside it where walls had collapsed. The ceiling of the second structure has wood beams which means it was re-built or upgraded at a later stage. See 1:52 minute video

At the end of a paved road near Styra, follow a slightly steep path with haphazardly laid stone steps for about 8-10 minutes. There you will find three Dragon Houses that, although smaller than the one at Mt. Ochi, are impressive because they are clustered together (the more, the merrier) and they have interesting features, such as a round vaulted ceiling, protruding stone slabs like built-in tables and large niches. See 2:31 minute video. The quarries nearby 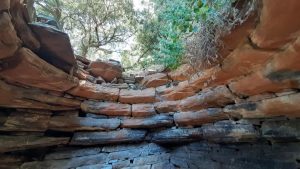 suggest that these Dragon Houses may have been an administrative center for the quarry masters. Nearby is a fourth structure that doesn’t fully qualify as a Dragon House because it lacks the trademark corbel roof, but its walls and portal are distinctly Dragonesque. 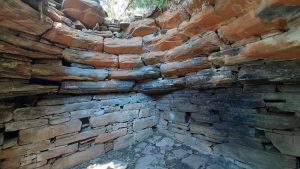 u ask someone what antiquities they would like to visit in Greece, virtually no one will say the Dragon Houses. They are really off-off-off the beaten track. When you put these hidden gems on your Greece Bucket List, you will join the ranks of exceptional Grecophiles. 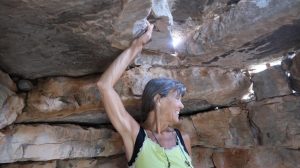