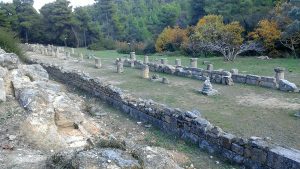 Less than an hour’s drive north from central Athens lies a very interesting archaeology site called Amphiario (accent on the second “a”).   Although it is sparsely known or visited nowadays, in the fourth and fifth centuries BC it was a popular healing sanctuary by kings and commoners alike to the degree that a cult built up around its mythic-hero Amphiarao. 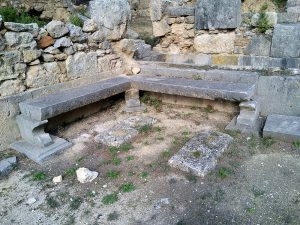 Amphiarao was a type of oracle whose specialty was not prophesizing the future like the Delphi oracles.  Instead, through on site priests, Amphiarao interpreted your dreams.   Pausanias, the 2nd century AD traveler, described visitors who “sacrifice a ram and spread out its skin under themselves, lie down waiting for the revelation of a dream.”

For nine centuries pilgrims from all over the Hellenist world came to this blessed spot that still today is surrounded by aromatic pine forests set in a deep ravine.  Believers were said to sleep in a specially designated area, but despite many informative signs in Greek and English, I was not able to pinpoint the area’s location.   Perhaps modern authorities fear contemporary pagans would take a nap in situ if they knew the exact spot the ancients had set aside for divine healing. 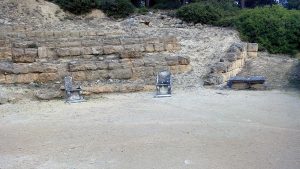 Amphiario’s little theatre is a pleasant delight despite its neglected state.   It is hard to imagine the tiers accommodated three hundred spectators.   Dignitaries sat in marble seats, five of which remain . The bottom of the chairs depict the familiar Greek spiral next to a lion’s paw.  Very classy.

Like all ancient healing centers, Amphiario had a sacred spring.   It was pretty dry when we visited in early December.   Pausanias wrote that worshipers threw coins into the spring when they were healed of a disease.   We crossed the small spring’s moist bed to the other side which was scattered with ruins; only one captured our attention, the klepsydra. 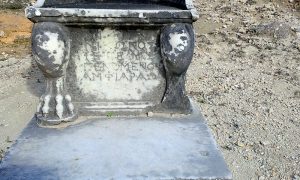 A klepsydra is a water clock.  In Greek the word means “water thief.”  The klepsydra was an ancient way of measuring time that worked by filling a small reservoir with a certain volume of wat 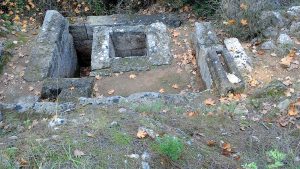 er at a constant rate of inflow or outflow.  Amphiario’s water clock is fairly well preserved and still has the bronze plug at the bottom of its steep stairwell.    Although Greeks did not invent the water clock, they added features that improved this vital instrument for time keeping.

Supposedly klepsydras were used as a stop-watch to impose time limits on visitors to Athenian brothels.    I would like to imagine that Amphiario did not allow its klepsydra to interrupt any devotee while they were in a dream state.     Who needs an alarm clock when you are trying to heal! 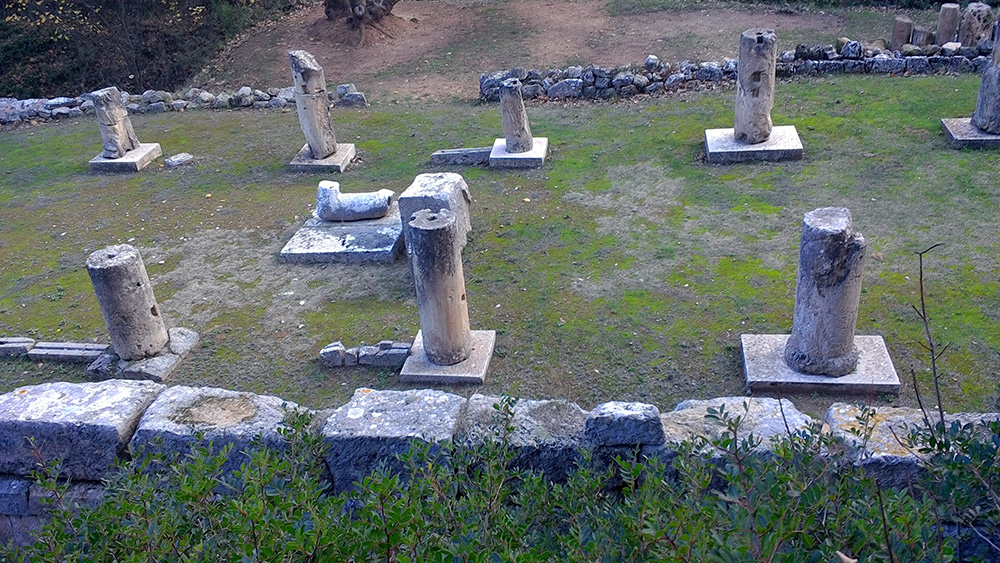